In keeping with tradition, the last pic I take with my old camera is of the new one. Farewell to my trusty D80, you have served me well. Now if I can only stop myself from drooling all over this one before I get a chance to use it. 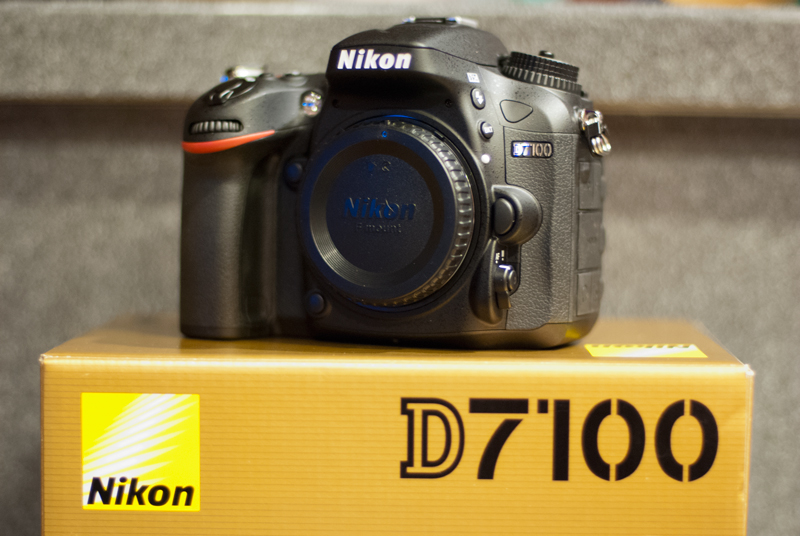 My new camera. Hooray for me!

So far, in limited use and time I’ve had with it, the camera is AWESOME. Especially after having the D80 for so long. You are going to love it in every way compared to D80. D7100 has wifi and gps in it as well, you just need the external wireless modules. However, neither of those features were very high on my needs list. The camera sizing was more important to me.

Everything about it is just …better.

I debated for a few weeks as to whether I should save some money and get the cheaper D7000, since obviously that would be a huge upgrade too. But after considering I’ve always owned a camera one generation behind, I decided to get the latest and greatest for once.

While I’d love to have something as quality as D610, it just wasn’t in my price range. D7100 is labeled as the top enthusiasts camera by Nikon, and I’m ok with that.

The comparable differences were a big seller for me anyway. I read a bunch of articles like this one to help me decide: www.nphotomag.com/2013/02/21/nikon-d7100-vs-d7000-13-things-you-need-to-know/

The other truth is: I debated very seriously about switching to Canon.

A friend has a 5D Mark II and there are used ones out there for the same price as the new D7100 with about the same specs. I used his Mark II for a trek around NYC and there is no debating it’s a super-nice camera. However, I already have lenses and that was a deal breaker for me. I think when I make the plunge over to FX from DX, I’ll go Canon then.

I did some basic testing around the house, shooting things at the same settings on both the D80 and D7100 cameras and it’s not even a contest for the D7100. I don’t think anyone would be disappointed if they got one.

Whatever I chose, it would be amazing and far more versatile than my trusty D80. It was and is a great camera for it’s time, but it was time to move on.

Here’s to a new era of Unflux Foto. Let the shooting begin…