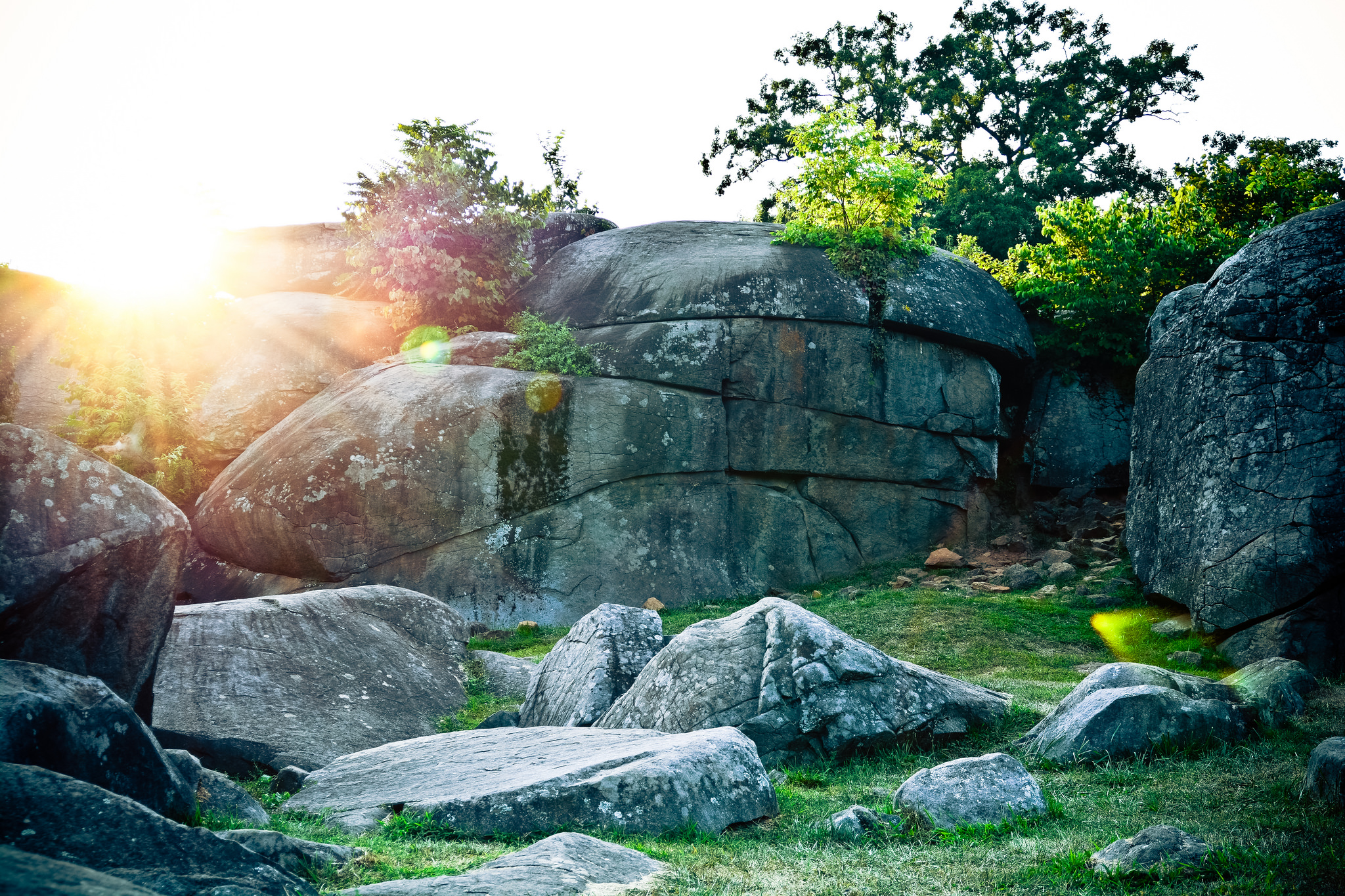 Devil’s Den is the name given to a ridge strewn with large boulders south of the town of Gettysburg, Pennsylvania, and about 500 yards west of Little Round Top on the Battle Of Gettysburg battlefield.

The origin of the name is uncertain. On July 2, 1863, the second day of the Battle of Gettysburg, the area around Devil’s Den saw intense fighting as part of General Robert E. Lee’s flank attacks, when Lieutenant General James Longstreet’s Confederate corps attacked the divisions of Major General Daniel Sickles’ III Corps of the Army of the Potomac.